The Ecandies ridge belongs to the 100 best climbs described by the famous French guide Gaston Rebuffat. It's an amazing rock ridge graded D with two steps of V+. It's not very high, 2783m, but the scenery is amazing!

We had an early start as we were walking at 6am, just before sunrise. While we were driving from Chamonix to Champeix we saw many participants of the Ultratrail race who were still running, in the dark, having started more than 24hours before!

Beautiful approach in the Val d'Arpette which is also the route taken, on the way down, by those doing the Haute Route. We started to climb slightly after 8 and, as we got higher up, we discovered the amazing landscape of the Trient glacier on one side and the Oberland in the distance on the other side.

Very nice climb, quite airy as we progressed around many gendarmes. Soon, we climbed the crux of the route, a beautiful razor edge step. And then we arrived at the surprise of the day : the Angel jump. No other choice than to get over the void to continue on the ridge! In the end it was more impressive than difficult.

At 11am, we are down on the Val d'Arpette. We saw no one else on the route but now there are two parties approaching the razor edge step, well behind us.

Guided by Louis, it was an excellent introduction to the week of climbing which will follow. 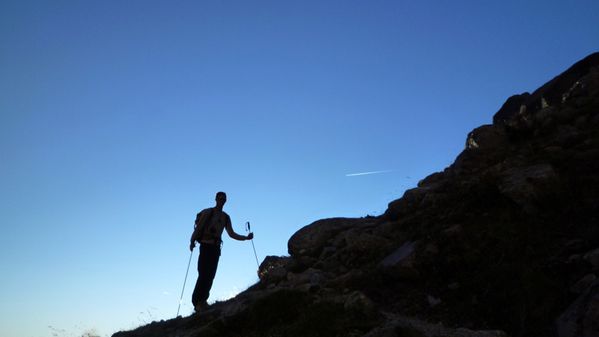